To control the sharp increase in pharmacy costs in workers’ compensation claims, pharmacy management must be a priority in a managed care program. 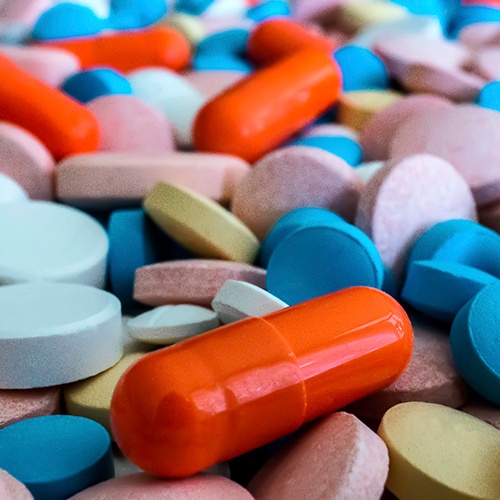 In the first two PMA Executive Briefings on this topic, I discussed how carriers/third party administrators (TPAs) can best use a set of integrated strategies to help achieve several pharmacy management goals:

In this issue, I’ll look at an increasingly popular practice—physician dispensing of medication to injured workers at the point of care, i.e., right from the medical provider’s office. We’ll look at the impact on pharmacy costs and worker safety, and strategies to address these challenges. 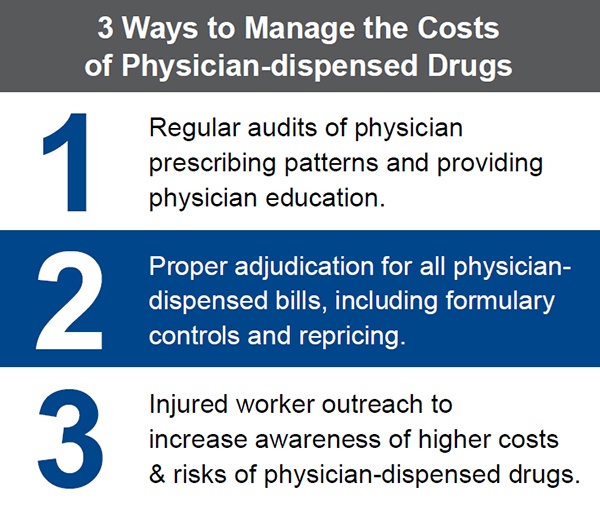 This may be done for patient convenience or revenue generation. Whatever the reason, insurance carriers/TPAs need to address the impact of physician dispensing from cost and safety perspectives.

Impact on Costs and Safety

According to a 2015 Express Scripts study, physician-dispensed drugs cost 58 percent more than pharmacy-dispensed medication. Moreover, according to the National Council on Compensation Insurance (NCCI) these medications were found to be the primary driver in the increase in the prescription drug cost per claim.

NCCI also reported that the average cost per claim of physician-dispensed drugs grew about 25 percent in 2008, from $24 to $30, and doubled during the next three years. Drugs dispensed through other channels had a steady growth of about five percent per year during the same period.

Physicians who dispense drugs from their offices or contract directly with a home delivery pharmacy service lack the overall economies of scale of pharmacies, but there are others reasons for the higher costs. First, physicians often dispense repackaged drugs at much higher prices than retail pharmacy prices. How does this happen? Drugs are bought in bulk by an intermediary and repackaged in smaller quantities for dispensing by physicians, using a new National Drug Code (NDC) for the repackaged drug and assigning a new and usually higher Average Wholesale Price (AWP) to it. 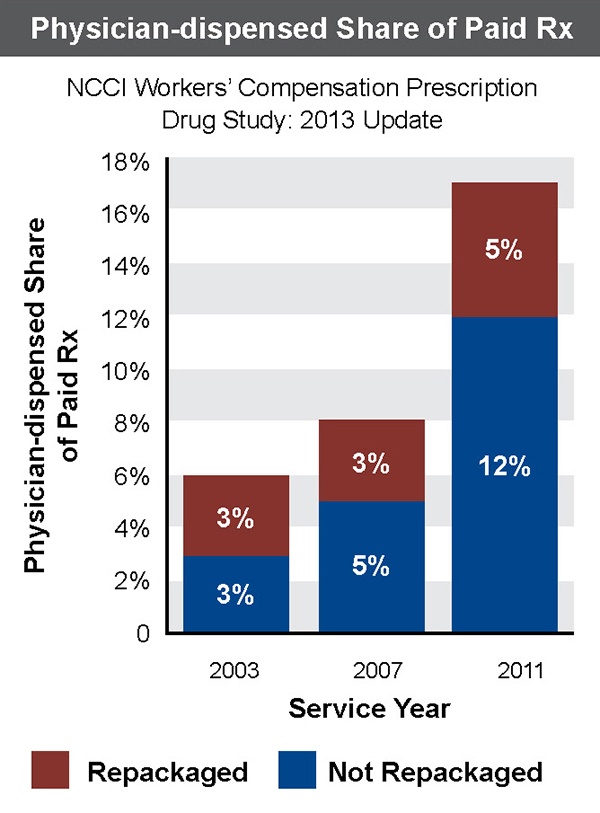 Second, this practice has traditionally fallen outside of the review by pharmacy management programs, which processes prescriptions against established formularies and guidelines, and reprices the bill.

Injured worker safety may also be compromised with physician-dispensed drugs. The prescribing physician may not have insight into all the prescriptions an injured worker is taking. In comparison, network pharmacies can access a comprehensive prescription profile for the injured worker and detect potential adverse drug interactions, overuse of opioids, etc.

To reduce the higher costs of physician-dispensed drugs, 18 states have enacted reforms since 2007. Many of these laws limit the reimbursement to amounts similar to the original AWP assigned by the drug manufacturer. Some state reforms also mandate strict formularies.

Due to these reforms, average prices paid for physician-dispensed drugs decreased, often by large margins. However, the regulated physicians sometimes find new ways to retain the high revenues, such as prescribing new dosages that do not have assigned AWPs.

Carriers/TPAs need to work closely with their PBM to implement comprehensive programs to manage the costs of physician-dispensed drugs and help ensure injured worker safety.

One important component of the program is regular audits of dispensing physicians, looking for prescribing patterns that need to be addressed.

Another key is a bill adjudication program for all physician-dispensed invoices, giving these invoices oversight similar to in-network pharmacy bills. Bills are entered into a sophisticated bill review system and evaluated against the carrier/TPA’s formulary and plan design, as well as the injured worker’s prescription history. Bills are processed against state specific guidelines to comply with workers’ compensation laws. After these reviews, invoices can be repriced, appropriate payment issued and savings achieved for employers.

Physician-dispensed drugs may not be included in the pharmacy benefit manager’s prescription history. This creates safety concerns, particularly if injured workers have more than one doctor prescribing medications. Among the issues are:

In addition to reducing cost and driving out waste, physician-dispensing controls can improve worker safety. When injured workers receive medication through a physician’s office, they are at risk for potential drug interactions or duplication of therapy. These risks can be minimized or eliminated by a pharmacy management program that can see every medication dispensed to an injured worker.

Another key component of a physician-dispensing program is injured worker outreach. Injured workers who have received medication from a physician’s office are sent educational letters that highlight how their decision will affect their employer’s costs and encourage them to fill future prescriptions through an in-network retail pharmacy.

As with all pharmacy management strategies, physician-dispensing controls should begin at the point of sale, consider jurisdictional differences, include targeted interventions and be integrated with other strategies. 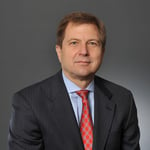 As President and Chief Operating Officer, John Santulli is responsible for leading the operations of PMA Companies' Insurance and Third Party Administrator (TPA) business segments. John most recently served as Executive Vice President of Risk Services and Sales in which capacity he led PMA's significant customer and other service functions. He was instrumental in the establishment of the Large Account and Risk Management Insurance operating units many years ago, and led the launch of PMA Management Corp. as PMA Companies entered the TPA business. 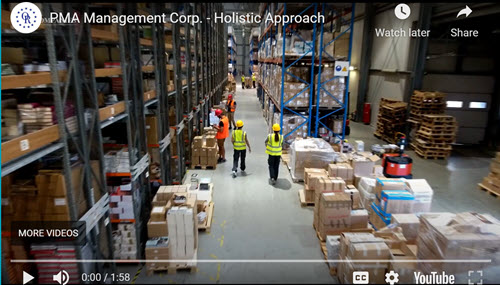 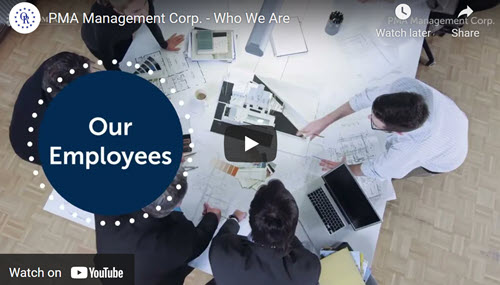 [Video] PMA Management Corp. - Who We Are 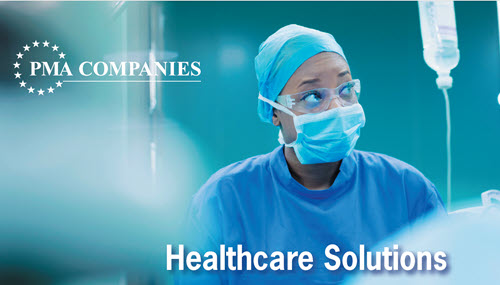